From chatting with Jenna Ortega about her role as Harley in “Stuck In The Middle”, you would find hard to believe that she is only 14 years old. She is so intelligent, super sweet and totes adorable (can you tell I watch the Disney channel?)! You may recognize her from her role as the younger “Jane” in “Jane The Virgin” or maybe when she appeared in “Insidious: Chapter 2” and “Iron Man 3.”? Now, you’ll find Jennastarring as Harley, a creative and engineering whiz kid who is navigating life as the middle child in a family of seven children, in Disney Channel’s new family comedy series “Stuck in the Middle.” The series is told from Harley’s perspective.

She was a pleasure to meet and chat with!

Here’s what Jenna Ortega had to say…

Because it is funny, it is relatable and it has a lot of heart warming moments that celebrate being part of a big family.

“It’s not as bad as everyone makes it seem. I feel that your younger and older brothers and sisters feel that they can confide in you because who are you going to tell?…” Because the parents feel bad because you do miss some things, there are some perks.

As a real life middle child, are you given creative freedom to provide input for the show?

“I actually do because, I’ll read a script and say ‘yes it is like this but we have also done it like this'”

Besides being a middle child, what other characteristics do you share with your character Harley?

We’re both spunky. We’re both big dorks. We’re both pretty good at math and science”. but Jenna does wish she had Harley’s inventing skills.

What is it like being in a comedy after so many roles in dramas?

It’s very refreshing…Dramas are really fun to shoot because you are really serious and then they yell ‘cut’ and you are laughing and dancing with your co-stars. In comedy, you are always laughing and making noticeable facial reactions…but we can.

I love them. They are so talented and they so sweet. Each and every one of them reminds me of one of my own siblings…they are my second family.

Harley is a bright girl, an inventor even, how important is it to show girls that they have potential to be anything?

I think it is good because it shows people that it is ok to be smart…I want girls to see that being smart is not a problem. It is OK for girls to be smart.

What other projects are you working on?

A cartoon, Elena of Avalor which features the first Latina princess, I voice Elena’s younger sister.”

Be sure to tune into Stuck in the Middle premiering this evening, March 11th at 9pm EST on the Disney Channel.

Told from Harley’s point-of-view, the slice-of life stories find the comedy in everyday life of a big family as this middle child devises creative ways to cope with — and stand out — in her family’s busy suburban Massachusetts household. The Diaz parents, Suzy and Tom, also have six other kids: Rachel the self-involved eldest; Georgie, a basketball-playing teen; Ethan, Harley’s closest ally; invincible and indestructible twins Lewie and “Beast;” and the strong-willed youngest sibling, Daphne.

How to Create a Nerdy Easter Egg (Contest + Giveaway) 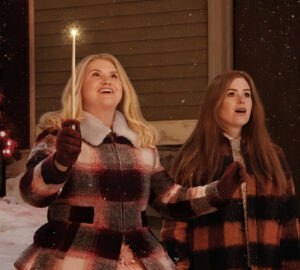 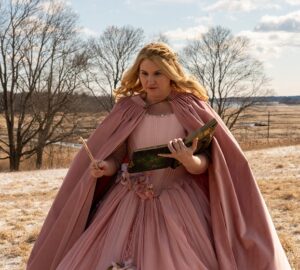