In honor of the 25th anniversary of the show Blue’s Clue, we had the chance to speak with the creators and producers of the show, Angela Santomero and Traci Paige Johnson, During our time together we chatted about the now-viral video of Steve, some fun facts about the show and more! You can check out our interview below.

Are you ready for Story Time with Blue? Play Blue’s Clues to help figure out Blue’s favorite story. Then, imagine along with Josh and Blue, attend Blue’s first pajama party, and help Blue’s friends discover her favorite part of bedtime! This special 2-DVD set also includes Blue’s Biggest Stories in celebration of the 25th anniversary of Blue’s Clues! Steve and Joe join Blue and all of her friends for more stories!

Disc One – Blue’s Clues & You! Story Time with Blue:

Blue’s Clues and You: Story Time With Blue is available on DVD now! 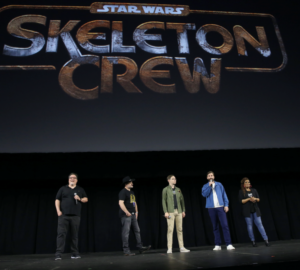